Attractions along the Choquequirao Trek to Machu Picchu

Choquequirao is a symbol of the Inca resistance with its unique stone walls located up to the mountain. Discovering its beauty is an exciting, exhausting and unforgettable adventure in which we go trough a road passing by a sight with far snow mountains and endless greenness.

The excursions to Choquequirao, this distant archaeological complex called the other Machu Picchu due to its historical importance and archaeological style, generally start by bus or van from Cusco to the town of Cachora (Abancay) where the dusty 30 kilometres trail begins before arriving at this mysterious citadel situated at the top of a green and powerful mountain at 3085 m.a.s.l.

The whole journey has several stages in which we will visit different sites as following:

From Cusco to Cachora on the way to Choquequirao

Before starting our adventure at Choquequirao, we will have a great start while visiting these attractions:

Pampas of Anta: It is known by its stone masses which according to a legend became, as God ordered, into strong soldiers formed to save the Incas if they would lose against the Chancas.

Thermal Baths of Conoc: With medicinal properties and able to avoid tiredness and relax the muscles. They are found on the left side of Apurimac river ( before called the king of the rivers or prince of deepness) in the district of Curahuasi the city of anise in Apurimac.

Archaeological complex of Saywite: Overstanding a monolith of 11 meters wide and 2.30 meters high. It is known as the "layout of Tawantinsuyo". In its surface, there are more than 200 carved figures representing animals, Andean gods, canals, trails and water storages.
The rest of the complex, situated in the district of Curahuasi, is composed by temples and masses of carved granite.

Limatambo: Is along the Choquequirao trek where we’ll find archeological ruins left by the Incas called Tarawasi. 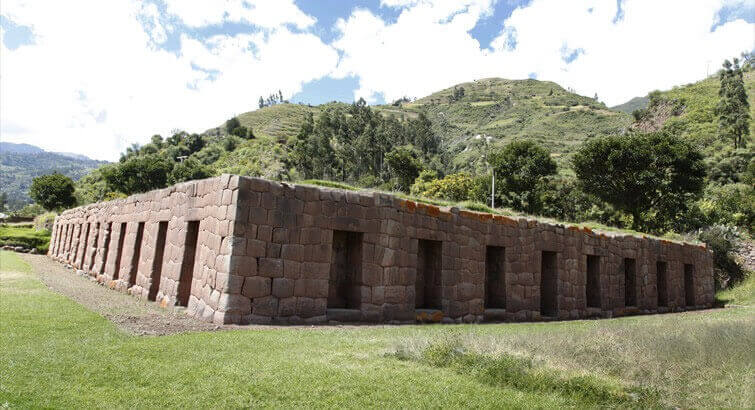 
Cachora: The silent town of Cachora appeals by its quiet streets and rustic houses. In this typical Andean community, with a simple main square and church, we start our trip leading to Choquequirao characterized by long ups, though descends, the remote Ampay and Salcantay snow mountains, and the deep cannon of Apurimac, one of the deepest in the world. Some of the important sites to visit are: 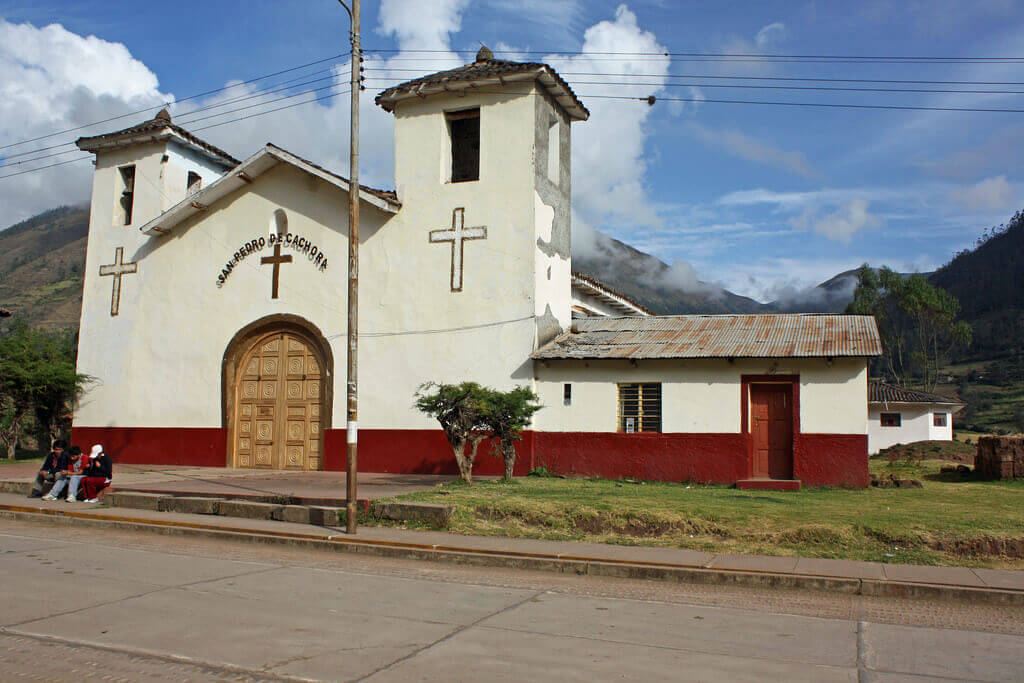 Creek of Capulilloc: 9 kilometers far from the town (21 from Choquequirao). From the creek ( 3010 m.a.s.l.) one may observe the astonishing beauty of the landscape as the mountains and the zigzag tunnel to the river Apurimac ( Quechua word which means "god who talks".

Cocamasama: A kind of belvedere situated at 2010 m.a.s.l. from where it is possible to see the top of the mountain where Choquequirao lies and the Apurimac river goes among the mounts.

Chiquisca: The peaceful and ideal area to rest or camp. There is an outlet of a water reservoir. It is 16 kilometers far from Cachora and 14 from Choquequirao.

Rosalina beach: Located at 1550 m.a.s.l. and 19 kilometers far from the town, 11 kilometers from Choquequirao. The Apurimac river irrigates its banks so swimming into its water is delightful. There is a hanging bridge in order to cross the river where there will be always a hard rise.

Santa Rosa: This group of cottages enliven this remote site situated at 2100 m.a.s.l. People are quite kind and friendly. Here we can fill in our water containers and enjoy resting under the shadow of the cottages' eaves to try refreshing us with sweet cane juice. It is found 21 kilometers far from Cachora and 9 kilometers from Choquequirao.

Marampata: Marampata is one of the highest vantage points in the area where you have a good view of the Apurimac Canyon and Choquequirao.

Paso Yanama: Paso Yanama is another trail which connects Choquequirao to Machu Picchu.

Residential and ceremonial areas and villages: Choquequirao is formed by 9 architectonical zones displayed as villages at the foot of the mount. It was essentially religious as it is showed in its ceremonial area located around the main square. There are two level temples and buildings as the Sunturwasi built for several purposes and collective services. As the residential zone concerns, it includes a group of familiar houses called Piquiwasi.

Inside most of the buildings, there are very big vaulted niches and Choquequirao pictures choquequirao two or three level rooms. The walls are made of stone and mud. A peculiar material used are the sheets of slates ( a kind of rock able to be divided in slim loaves) arranged as eaves between levels in order to protect the population from the Sun and Rain. There are also trapezoid doors and windows as typical features of the Inca culture.

The monumental buildings are not the only attractions of this complex. Due to its special geographic location, we can find high levels ranging from 1000 m.a.s.l. to 6 000 m.a.s.l. creating a great diversity of fauna and flora. Overstanding the spectacle bear and the condors... more